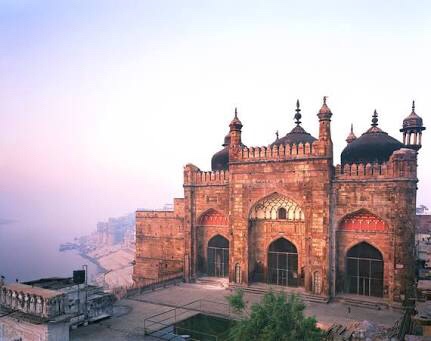 There is a general belief that as with other court sponsored cultural arts, during Aurangzeb’s reign there was a sudden decline in architecture as well. As he was a staunch Sunni, he is said to have not only commissioned only religious buildings like mosques, he was also responsible for the destruction of many of the temples.

A look at modern works and explorations however reveal that Aurangzeb also commissioned structures like sarais, baths, gardens, tombs and fortified walls. Is this not true for other reigns as well? He is also credited to have repaired mosques built during earlier reigns and built many within captured forts. 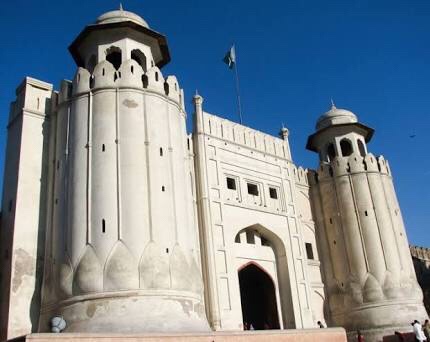 The best known mosques of Aurangzeb’s period include the Moti Masjid in the Delhi Fort, a mosque on the site of the Keshav Dev Temple at Mathura (destroyed 1669-70) and the Badshahi Mosque of Lahore.

The first and the last are very ornate structures: the Moti Masjid is a marble structure, while the Lahore mosque is a red sand stone structure with insertions of white marble. The Mathura Mosque is more austere and resembles the mosques built by royal ladies of Shahjahan’s reign.

Some of the architectural features which distinguish the mosques constructed during the reign of Aurangzeb are as follows:

1. Most of these mosques stress their vertical elevation: they are all provided with minarets which provide them with the vertical perspective. This is true not only for the above mentioned mosques, but also for the Jami’ Masjids at Mathura, Merta and Varanasi.

2. As pointed out by Ebba Koch, the ornamentation is richly organic, which not only reflects Aurangzeb’s lack of personal interest, but also that forms once appropriate for the palace architecture, such as the ornament on Shahjahan’s Delhi throne, were now utilized on palace mosques.

As far as the Tomb architecture under Aurangzeb is concerned, it is best represented by the Tomb of Rabia Daurani (who died in 1657) built in 1660-61. 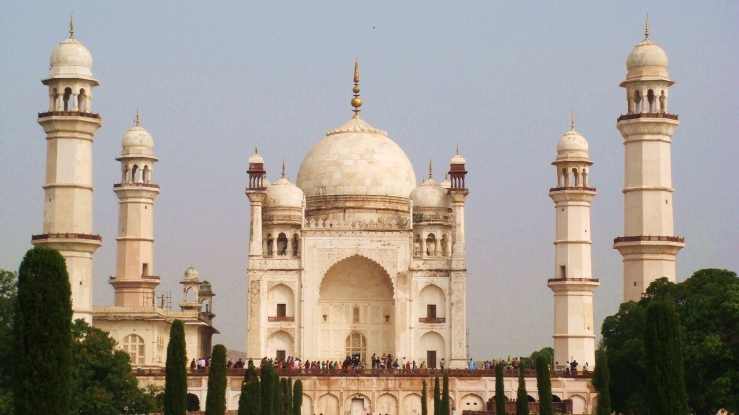 Although a rough copy of the Taj, it reflects a new aesthetic that developed in Aurangzeb’s reign. Just as in the case of mosques, instead of perfect balance of proportions which were a hall-mark feature of Shahjahan’s reign, there is an emphasis on verticality. Further, though generally discussed as evidence of ‘decline’, this tomb reveals a new spatial arrangement, as well as a highly naturalistic fine floral ornament, much of it in stucco, which according to Catherine Asher, renders it as quite innovative.

With this tomb also truly ends the long established imperial tradition of setting monumental mausolea within a chaharbagh: Now we find burials within courtyards of mosques or shrines with just a screen and a cenotaph – the grave of Jahanara, the tomb of Aurangzeb at Khuldabad.

Was this just a full circle: from an open to sky tomb of Babur at Kabul to Aurangzeb’s tomb at Khuldabad? Probably where the resemblance ends is that the former is located within a garden, the latter within a Chishti shrine 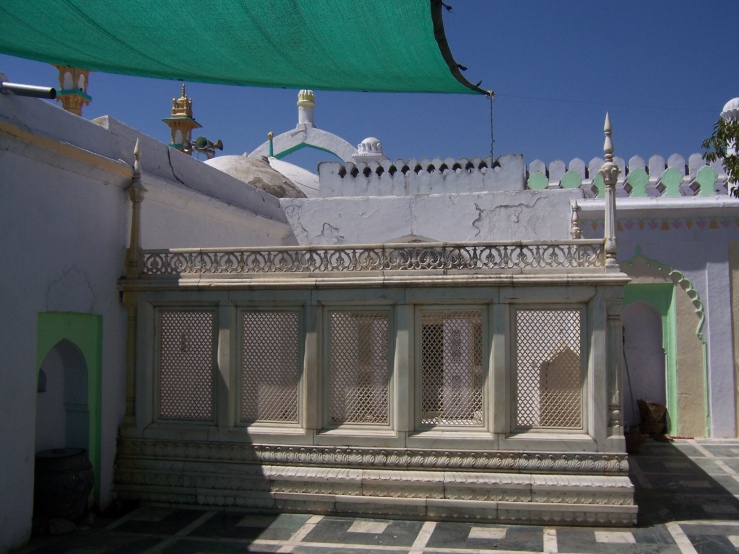 Marble Screen around the grave of Aurangzeb

The simple open grave of Aurangzeb