Report on the Seminar by Zainab Naqvi and Lubna Irfan:

On June 5th, 2018 a Symposium on “Our Heritage at Risk : The Problem of Managing our National Monuments” was organised by the Centre of Advanced Study, Department of History, AMU. The symposium was conducted to raise concern regarding the harm being done to national Heritage with increasing privatization and handing over of India’s heritage to Private groups and trusts, the primary focus of the symposium was the passing of Red Fort to the Dalmia Group and the Case of handing over of Humayun’s Tomb to the Agha Khan Trust. These groups in the name of restoring the structures seem to trample upon the essence of a heritage building by ‘reconstructing’ them.

Professor Emeritus, Irfan Habib introduced the seminar theme by elaborating on, ‘What Constitutes a Monument and their Protection’. Professor Habib said the Latin word ‘monumentum’ means to ‘remind’ and our efforts at preserving heritage must necessarily not compromise the authenticity of the Historical structures. He voiced that the injustice to the Monumental heritage is either done on:

a) Communal grounds or

b) For Big business, 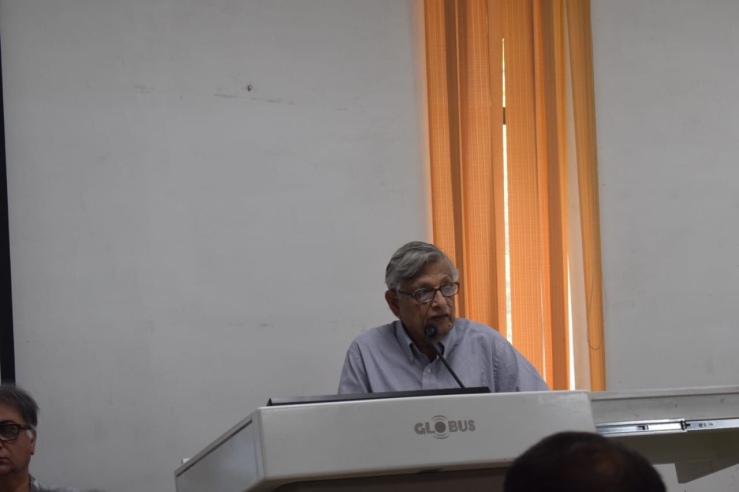 He stated that the policy of ‘De- Protection’ as in the case of Water works at Fatehpur Sikri or the misrepresentation of Monuments done by monopolising information / propaganda /ticketing are major challenges. He highlighted the importance of preserving the heritage but not ‘renewing’ it.

Professor Shireen Moosvi (AMU) who has till recently been a member of CABA, a consultative Advisory Boar of Archaeology of ASI, dissected the effect of Private interests on Monument Management as in the case of Humayun’s Tomb at the hands of the Agha Khan Trust and its tampering with the originality of the tomb without any consultation with the Advisory Board of ASI. She insisted that preservation must not collide with the authenticity of any structure, which unfortunately has been the case of Humayun’s Tomb.

Dr. Jamal Hasan on the question of Preservation being a Private enterprise, gave a presentation on how the repair works of Private bodies mock the essence of History and dignity for a tomb or mouseoleum, he cited a number of examples where reconstruction was guised as preservation as in the case of Humayun’s Tomb and the Sunder Nursery area at the hands of Agha Khan Trust. Furthermore he also urged the need for more academicians joining the ASI to better collaborate with preservation works.

Dr. Shama Mitra Chenoy of DU gave a talk on Heritage preservation and Delhi Monuments. She pointed at the unfortunate disappearance of many important structures from Delhi. She also pointed to private ownerships of structures like within the Golf Club, like Lal Bangla or Tomb of Syed Abid and the violation of the 300- meters rule with many constructional works springing up near these monuments. She insisted at the need for setting a certain standard for the Policy of Preservation and one such could be Public Partnerships, because people in themselves are central in owning the heritage of a certain place as in the Case of preservation of Shahjahanabad. 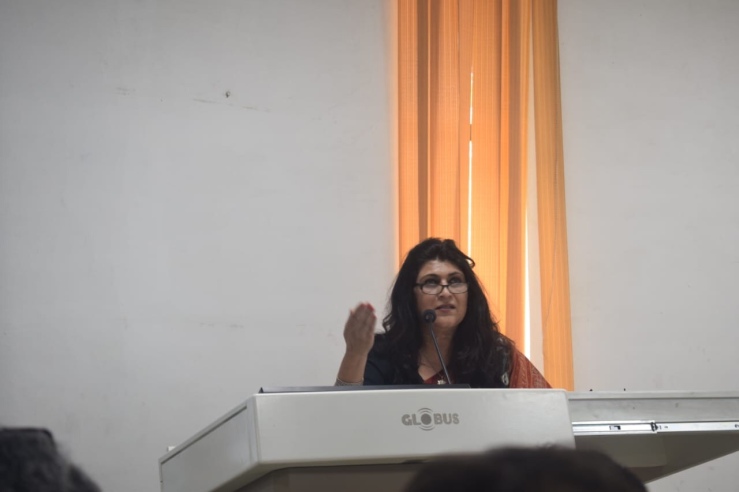 Lastly, Professor Ali Nadeem Rezavi, Chairman, Department of History (AMU) made a presention on The Canons of Preservation of Medieval Monuments as in the case of Fatehpur Sikri. He elaborated on the harm done to these buildings at the hands of certain functionaries of the ASI itself by doctoring reconstruction into them. He also elaborated on the eradication of many important historical relics such as the paintings on the walls or mason’s marks in the name of preserving a Monument. Earlier while introducing the theme, Professor Rezavi wondered that how come the present government can launch a thousand toilets via Swachhta Abhiyan but needs a private entity like Dalmias to build toilets at Nation Heritage sites. He pointed out that in fact these were attempts at tampering with history and creating myths in place of historical facts! An inkling is got from the fact that an “Interpretation Centre” was also being created which would help in dessiminating the distortions! 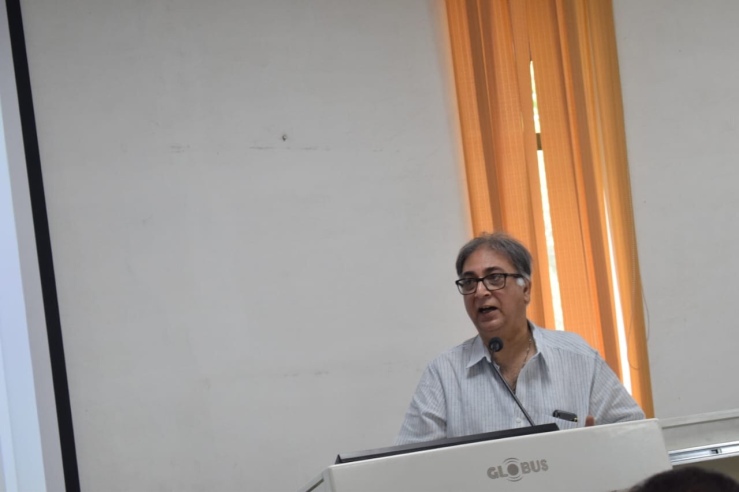 The Symposium aimed to give a call for agitation and raising awareness for people’s own Heritage and History before it is completely lost. It was a first step towards making the general public aware of the plight of our past heritage and recent attempts to tamper then.