Someone asked me today as to how far would it be correct to say that Sunnis are more democratic than Shias who are dynasts: the Sunni Caliph having come through people’s choice while the Shi’a Imam was a dynast who became so by his own will and choice?

Well let us look at it this way.

First let us define both:

Caliph was the political and temporal successor of the Prophet. He had only executive powers, legislative powers having been ceased with the Prophet and completion of the Quran. Anything he would legislate on his own would be “biddat”, an innovation and thus illegal.

An Imam was on the other hand a Spiritual successor who would regulate and interpret what had been legislated by Quran and the Prophet. Political power was not a necessity, though as a Religious Leader he wielded all requisite authority.

At the first stage both were ‘democratically’ chosen (if you may call it so!): Abu Bakr was elected by an assembly of tribal Muhājir and Ansār chiefs as Caliph, he being a Quraish, of the same tribe as the Prophet! And when he was on his deathbed he nominated Umar, who in turn left behind a ‘council’ to choose his successor with a veto power resting in the hands of one member of this council. And when Ali was massacred and Hasan was chosen as the fifth Caliph, Muawiya, the son of an uncle of the Prophet, (thus a Quraish), rebelled against him, defeated him and made Hasan hand over Caliphate to him. Amīr Muāwiya was followed for 150 years by successors of his own dynastic family (Ummayyids) when a king of another dynasty, again claiming to be relatives of the Prophet (Abbas was an uncle of the Prophet), overthrew them and established another dynastic rule (the Abbasids).

The latest in line of such dynasts were the Ottoman Caliphs who were overthrown by Kamal Ataturk with the help of British. The Holy Cities like Mecca and Medina are today in the grip of another autocratic family, the al-Saud dynasty.

Now let us look at the Imams. The Prophet when he started preaching held a feast of the Meccans and asked who would support him? For whoever agreed, he would be his deputy and successor. Ali stood up in support. Then after the last Hajj Prophet again gathered all the followers at Ghadeer and raised Ali on his arms standing on a wooden pedastal constructed hurriedly and declared Ali as his successor. And declared that was the will of God. 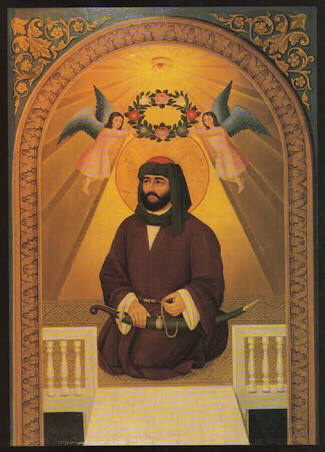 Thus in the whole history of Islam there is no evidence of anyone taking power due to popular “will of people” or ever been elected by the will of the people! Affinity to the family of Prophet has throughout been a criteria amongst both.

Caliph was initially elected by a few chieftains and then handpicked by the outgoing until dynastic kingship arose. Where was the will of the people? Amongst the Shias, theoretically and practically Imamate has ever been God-given position with no consideration of the people’s will.

All claimed to be from the Prophet’s tribe and family and the genealogical affinity was each one’s primary pretence! 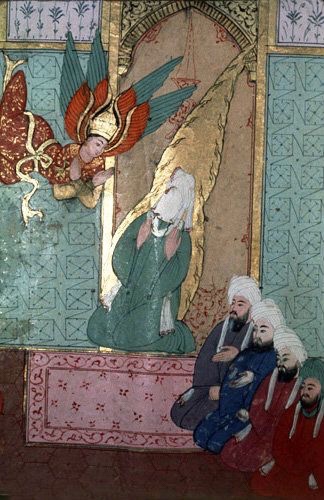