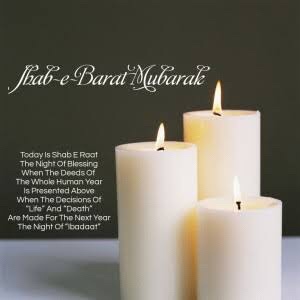 Today is 14 Shaban and the night which is coming is Shab-i Barā’at, the Night of Redemption, when it is said that God in His Wisdom opens the doors of the heavens and forgives the sins of those who seek forgiveness for themselves and their loved ones. Thus it is a night of prayers, rituals and celebrations amongst the Muslims. The only Muslims who do not ‘celebrate’ the occasion are the Wahhābīs.

The general belief is that on this night the doors of forgiveness are opened for those who seek it. Forgiveness is sought not only for the oneself and the living but also for those long dead. Muslims believe that God writes destinies for the coming year, taking into account their past actions – so they ask his mercy for any transgressions. They also visit the graves of their dead and illuminate candles there.

It is also common in many regions for worshippers to offer prayers to Allah for forgiveness from their deceased loved ones.

Although not mentioned directly in the Qur’an, two verses are sometimes ascribed to Mid-Sha‘ban:

“Indeed, We sent it down during a blessed night. Indeed, We were to warn [mankind]. On that night is made distinct every precise matter-“[Quran 44:3–4]

In the Shi’i beliefs, this night is also the night on the morning of which their 12th Imam, Imām Mahdi was born.

Thus amongst the Shi’ites, the Twelvers (Ithna Asharis), and others, specially tafzīlīs, elaborate “fatiha“, prayers for the dead take place. Variety of ‘halwa’ is prepared, especially of chana (chick pea), sooji (semolina) and besan (gram flour). Apart fron the “fatiha” of the forefathers and relatives, with a “shajra” (family tree) in front, a “nazar” (Offering) is made made to the prophets, Imams and other holy personages. After this ceremony is over, and prayers been offered, its time to visit the graveyards to pay respects at the graves of the relatives. Meanwhile, the ‘halwa‘ is distributed amongst the neighbours, friends and relations. 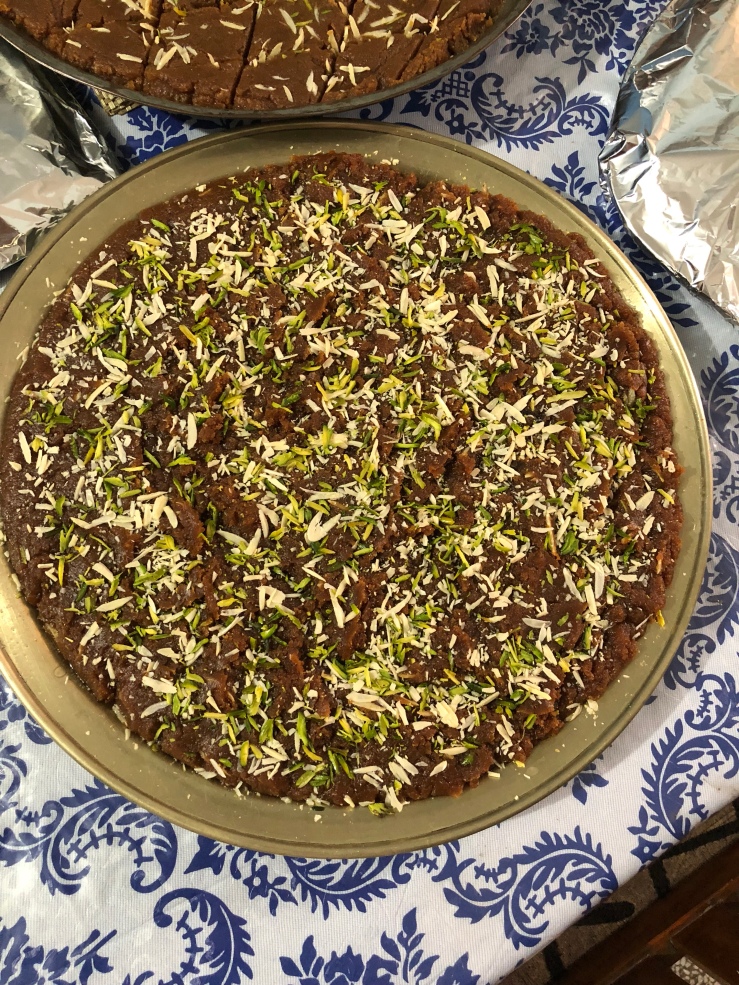 As the night descends, the lamps are lit and “ātish bāzi’ (fire crackers display) takes place. This is followed by “‘āmāl“, night vigils and prayers which continue the whole night.

As the new day breaks, its celebration time again, as it is 15 Shaban, the Day of the Birth of the Twelfth and Living Imam of the Shi’i, the Mahdi or Saviour!