The Tazkira-i Majīd is the biography of Qazi Nurullah Shustari, the Iranian jurist, judge and divine who joined the service of Akbar and was executed during the reign of Jahangir. It is written by Saiyid Sibtul Hasan, Fāzil-i Hanswi.

Its first edition came out in 1962, while the fifth was completed just two days prior to the author’s death in 1978. A sixth edition was printed from Pakistan sometime in late 1980’s. 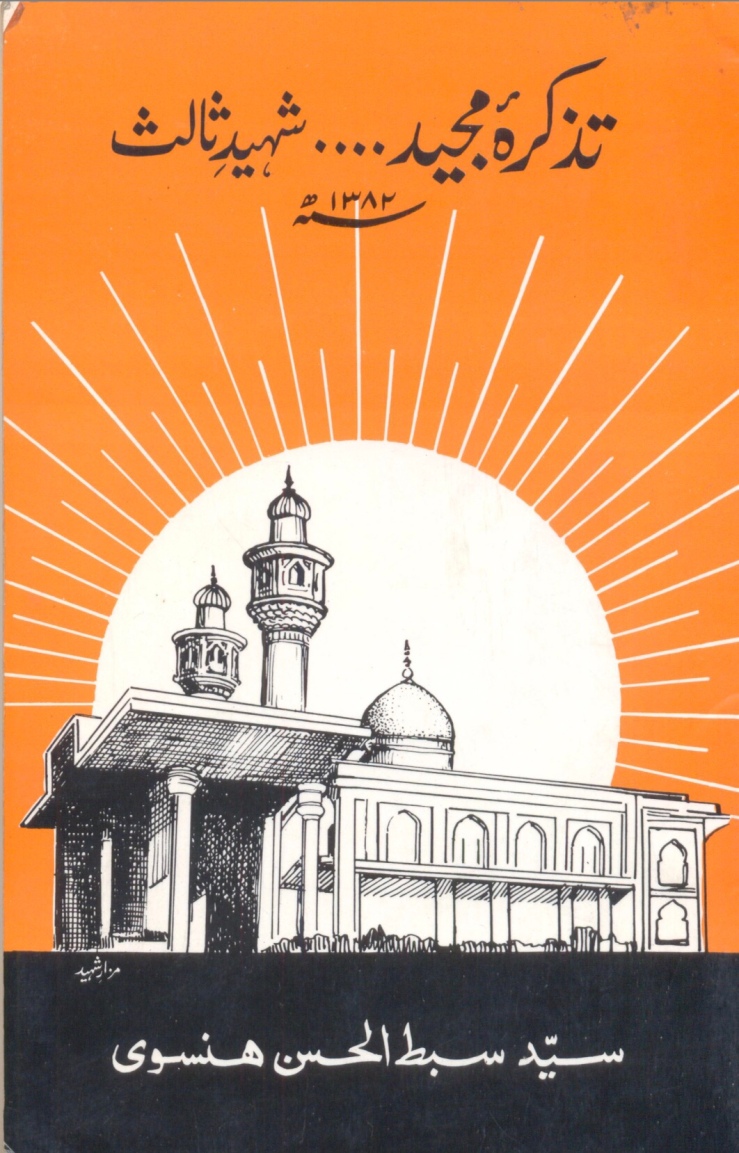 It is a first complete biography of Qazi Nurullah Shustari based on primary Persian sources. Fazil-i Hanswi, amongst other contemporary sources uses the letters written by the Qazi, his son and other contemporary theologians. He also used the account of Taqi Auhadi, as well as Farīd Bhakkari’s Zakhīrat ul Khawānīn, to describe how the Qazi met with his end.

Later a well known historian, Saiyid Athar Abbas Rizvi, who wrote a history of Shias in India in two volumes used the entire information in his book without referring to my father’s work or acknowledging him. He wrote in English and used the craft of a professional historian, instead the straight style of a theologian! Tazkira-i Majīd stood forgotten, at best neglected, being in Urdu, and a work of a traditional scholar!

Very recently in 2016 the Indian Sub-Continental Literary Revival Centre [MAAB], London had it translated and published in English. It was translated by Sheikh Abbas Raza.

Recently I was informed that some one in Pakistan, who otherwise is well known, has printed the Urdu original in his own name. I can but pity him!

It was when my father was collecting material for this book that he was informed about the existence of a portrait of the Qazi which was on display at the Delhi Fort Museum. My father had it photographed, and wanted to include it in the 4th edition of Tazkira-i Majīd.

But unfortunately as the portrait showed the Qazi as a typical noble of the period wearing a coat with floral design over a Mughal jāma and a headgear which was typical of nobility, the ulama (Shi’a theologians) of Lucknow objected to its inclusion! In their view the Qazi should have been shown wearing the typical dress of the Shi’a mullahs: a black qaba and donning a black ammāna (turban)!

Thus they ordered another portrait, based on the original, but wearing the desired attire. But my father refused to include a fake portrait in a book which was an authoritative and authentic account of the life of Qazi Nurullah!

Was this the actual portrait or an ascribed one?

It definitely belongs to Jahangir’s reign. It shows the Qazi drawing on the pipe of a huqqa (hubble bubble). From Waqāi Asad Beg (of Asad Beg Qazwini) we come to know that tobacco and the hubble bubble was brought to Akbar’s court around 1602. And when Akbar saw it and wanted to try it out, the physicians present in the court objected that its efficacy was yet to be tested!

The fact that an artist draws this huqqa in this miniature shows that it was drawn only when its use became acceptable in the court. We know that the Qazi was executed in 1611, that is within six years of Jahangir’s accession. Probably it was posthumously drawn, or was just an attribution.